Open Letter to Mr. Ilir Meta the President of Albania 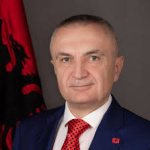 I am Davood Baghervand Arshad a UK-educated Iranian Engineer based in Germany. I was a member of Peoples Mujahidin Khalgh (MEK) of Iran and a member of the National Council of Resistance of Iran (NCRI) for three decades. I was the head of Mek’s Student Organization outside Iran, later head of Mek’s Turkish branch and later head of Mek’s Pakistani Branch under Masoud Rajavi. I represented Mek-NCRI in Pakistan which met with Pakistan’s Minister of Home affairs twice together with another ex-member of NCRI Dr. Matin Daftary (grandson of Iran’s Historic leader and prime minister Dr. Mohammad Mosaddegh who nationalized Iranian oil in 1950s) negotiating the release of the 1.5 Million USD which Mek was illegally was smuggling through Karachi Airport which was confiscated by airport authorities. When I decided to leave Mek in Ashraf 1, I was sentenced to 10 years of imprisonment by Mek. I defected to Americans only after the USA invaded Iraq.

Your country has been kindly hosting many of my brothers and sisters and also my wife which was forcefully separated from me by Mek, saving them from being torn apart by shelling in Iraq, where Madam Rajavi brutally insisted on members to stay in order to utilize their (martyrdom) death as a means of political propaganda feeds of her Shows in the West (like the one you were also guided through in Ashraf 3 during your recent visit). This barbaric, criminal policy towards Mek members was in line with the Mr. Masoud Rajavi’s publicly announced guidelines that: “every 1000 member being killed in defending Ashraf/Liberty Camp (based on Iraqi Government demanding the Mek to leave Iraq) is equivalent to his conquering Iran’s Capital Tehran”.

This deceitful line of action was in fact, based on Mr. and Mrs. Rajavi’s intentions of keeping members locked up and isolated from the world in Kamp Liberty in Iraq, as a means of silencing them, plus producing more martyrs for Mek’s Shows in the West when killed under shelling. Where, when Mrs. Rajavi left 100 unarmed, unprotected members in Ashraf 1 and left for Liberty Camp, 52 of them were massacred by Iraqi forces. But for Mek that was no problem, they provide the best show pictures to be used as the barbarism of the Iraqis and Mek’s asset for fighting for justice! While Mek with all the wealth and political support could easily as UNHCR insisted, displace members as individuals to countries outside Iraq.

Having said all that, one would easily understand why Mek under no circumstance allows his members most of them in their late sixties and fifties not to meet with their family members due to fear of them defecting from Mek (Mek’s Cultic Nature). 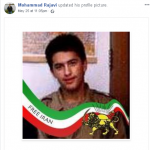 Mohammad Rajavi the son of Masoud Rajavi who has defected MEK in Albania has declared he will disclose the atrocities of Mek.

As even Masoud Rajavi’s son Mr. Mohammad Rajavi (born and raised inside Mek) has recently after defecting from Ashraf 3 in Tirana, announced to disclose his father’s barbarism, dictatorship, and atrocities committed inside the Mek organization and against his country.

What would you call a group of Albanians who have united with the country that has invaded part of Albania, acting as front runners of the enemy’s army destroying your cities and killing your brave Albanian soldiers defending their country, plus systematically spying on Albanian military in favor of the enemy?

To my very best knowledge, Iranian people inside and outside Iran together with Iranian opposition outside Iran not only don’t consider those people as freedom fighters but as criminals that must be put in trial for treason against their country.

I am sure the answer of the president of a country and leader of a socialist party is and must be a very big and loud “YES I AGREE”.

But Mek did not stop at that, they had set up death-terror squads (hit teams, bombings, shelling) killing any Iranian citizen supporter of the newly established government after the fall of the Shah, with a record of 17000 people assassinated. Mek’s terror record is rocket high when it included border killing of Iranian soldiers defending their country. Terror did not start by Mek in recent times; they assassinated Iranian officials and foreign nationals in the previous regime. That was the reason why they were on the terrorist list of USA, EU, UK just until recently. Mr. Masoud Rajavi pronouncing himself as representative of the GOD on the earth also advocates utilizing 10-year-olds children in a war against enemies. (Pls see the attached file Who Are MEK)

For the same above reasons that you would have agreed, the Iranians condemn any sidelining with Mek criminals. No person who has a love of his country, love of democracy and freedom could not and should not subject her/his consciousness/conscience to be insulted by being deceived by Mek, as a result supporting treason and terrorism.

Iranian people will not forget their friends and those who sideline with their enemies. Struggle for democracy and freedom has nothing to do with terrorism and treason against one’s own country. No one can claim to achieve democracy or freedom through terrorism.

I attach a file including all the official positions of Mek published and distributed by them together with their English translation. I hope to help your excellence reach the same understanding from Mek as Iranian People.

Who Are MEK file please click on the link